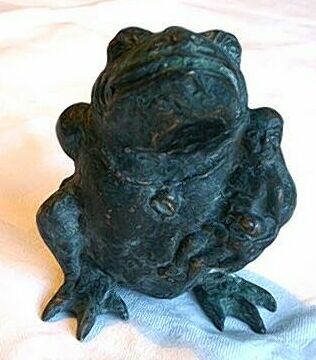 Brodie is a 19th century solid bronze of a frog holding a human child. I have tried to find out if there is a folk law involving such a charactor, but have so far been unsuccessful. Any ideas? 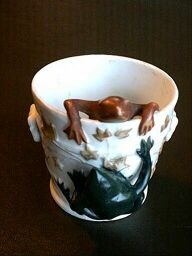 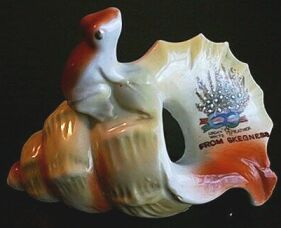 These 2 are frog fairings. The frog sitting on the shell is made in Germany and I have no idea how old he is. The bucket has one frog climbing in and another climing out and is Victorian but I'm not sure where it was made. Fairings were made during the Victorian times up until about 1920 to be given as prizes at the fairgrounds. It is thought the name comes from an abbreviation of the words "fair trading" and most of them were made in Germany.